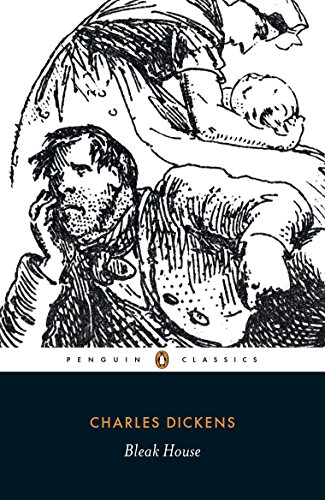 Penguin Classics e-books give you the best possible editions of Charles Dickens’s novels, including all the original illustrations, useful and informative introductions, the definitive, accurate text as it was meant to be published, a chronology of Dickens’s life and notes that fill in the background to the book.

As the interminable case of Jarndyce and Jarndyce grinds its way through the Court of Chancery, it draws together a disparate group of people: Ada and Richard Clare, whose inheritance is gradually being devoured by legal costs; Esther Summerson, a ward of court, whose parentage is a source of deepening mystery; the menacing lawyer Tulkinghorn; the determined sleuth Inspector Bucket; and even Jo, the destitute little crossing-sweeper. A savage, but often comic, indictment of a society that is rotten to the core, Bleak House is one of Dickens’s most ambitious novels, with a range that extends from the drawing rooms of the aristocracy to the poorest of London slums.